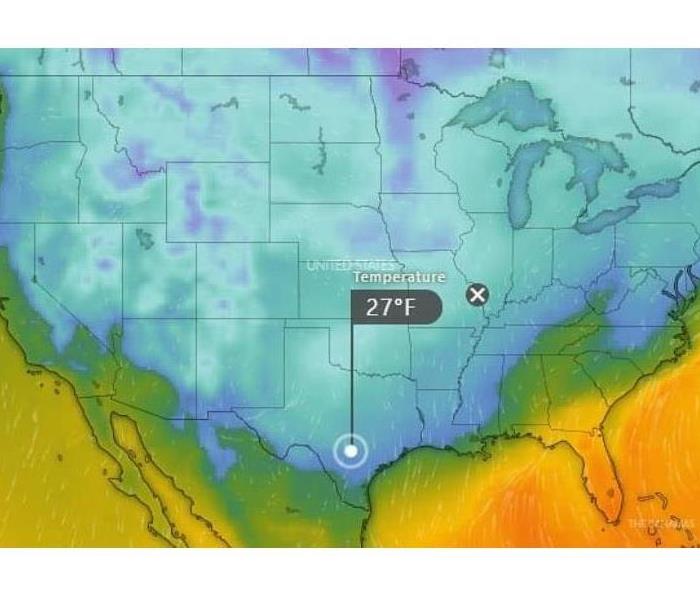 Map of United States During the 2021 Polar Vortex

In mid February the state of Texas was hit with a winter storm that caused 57 deaths and state wide power outages that ended up causing severe damage to business and residential property. At the height of the storm around 4.5 million homes and businesses were without power. Water lines also froze leaving many without clean sources of water. There were many stories of people melting snow for water to cook food, wash clothes and dishes, and even drink. When the water lines started to thaw out, thousands of properties were severely damaged by flooding because of burst pipes. According to the Perryman Group, a Texas-based economic research firm, projected damage from the winter storm damage costs ranged from $195 to $295 billion in damage. To put that into perspective, Hurricane Harvey, which hit Texas in 2017 ranked as one of the most destructive storms in US history ended up causing around $125 billion in damage.

At the beginning of March, SERVPRO of North Central Mesa, as part of the SERVPRO Storm Team, after travel into the state was more stabilized, was able to travel to Texas along with over 150 other SERVPRO franchises to help repair homes and businesses that were damaged during the storm. There was so much work to do that there was not enough equipment to service the damaged properties. There were several days where we were waiting for equipment to be done at one location to service another. During the last week of February SERVPRO had over 20,000 service calls in the system waiting for work to be done. SERVPRO’s unique Storm Team Program enables franchises all over the United States to mobilize to specific areas of need to service this kind of disaster.

Below is a list of the most destructive Natural Disasters in US History: