Does my Insurance policy cover this kind of insurance Claim? 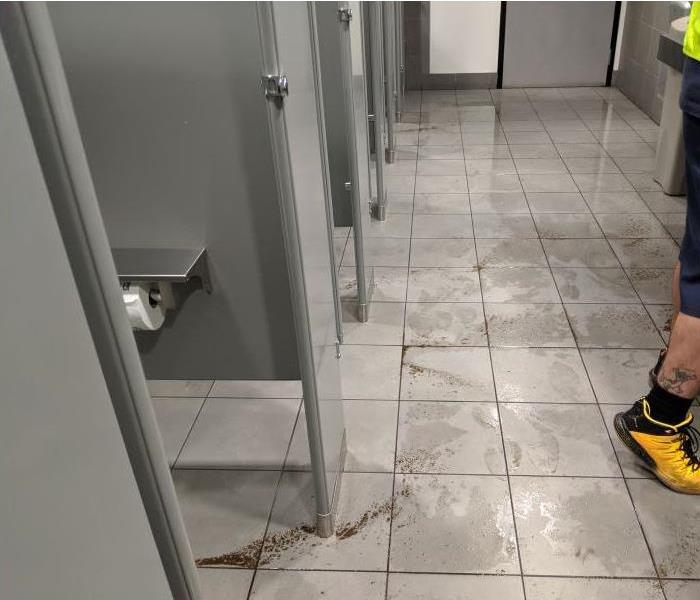 Toilet overflow in a school. This was indeed covered by their insurance company.

What will my Insurance Cover?

We have jobs come in the past two weeks that are caused by water, and where there was a water damage issue inside the home that was caused by a problem outside of the house. One issue was a busted pipe right by the outside wall of the house. In the second case a sprinkler head busted, the water shot up like a geyser, and entered through a grated area under the roof and flooded a bedroom. In the first case, the insurance company denied the claim. In the second case, the insurance company initially said they were going to deny the claim, but we are working with the homeowner to try to dispute their argument.

A summary of the common language in homeowner’s insurance contracts reads something like this. If the water source of the damage were from inside the house (a broken pipe, toilet flooding, bathtub flooding, etc.), it would be covered as long as the issue wasn’t caused by faulty repairs, poor maintenance or neglect. If the source of the water were from the outside, it would have to come from anywhere other than the ground to be covered. Even rainwater, if it touches the ground before entering the home, would not be included. That would generally be considered flood damage and would have to be covered through flood insurance. Another issue dealing with broken pipes is that insurance typically won't cover the loss if it wasn’t “sudden and accidental.” So, if the cause of loss was from a slow leak in a pipe, chances are it won’t be covered.

In the second case, as was previously mentioned, we are working with the homeowner to dispute the coverage denial. The argument here is that the source of the water, though it was from the ground, was caused by a pressurized line in the ground and not a traditional flooding issue. This is where the fine print comes in, and I have not had a chance to review the policy directly. But you should know what the fine print of your policy says. For example, Progressive Insurance’s website lists three different levels of homeowners insurance, that different cover things (“perils”).

The “perils” are generally listed as follows. Some coverages cover all of them; some only cover a portion of them.

Make sure to ask your insurance agent, or a prospective insurance company, specific questions about what is and isn’t covered under your policy. This can help you know what to expect when you have a water damage issue ahead of time.