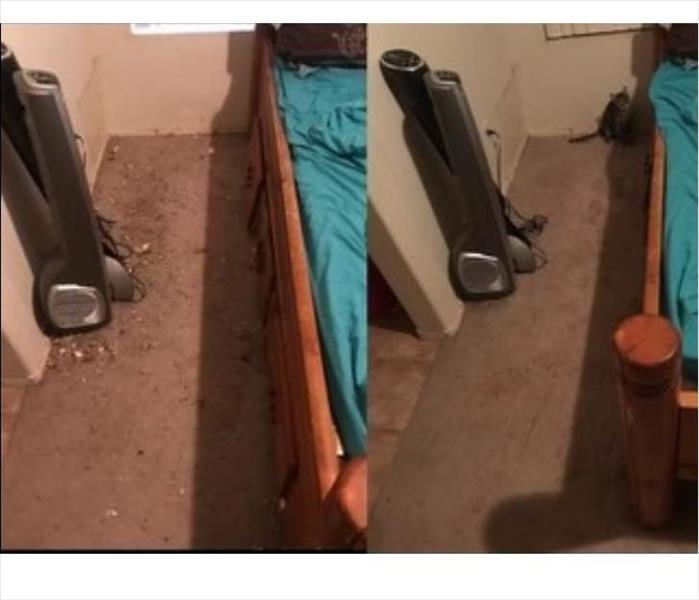 Before and after of a Cat Biohazard scene.

" The man had passed away in his home unattended, and he had given up on his life. He had not been throwing things away, and there was just a lot of stuff in there. It wasn't collecting, it was trash," Jen from RESTORATION AND REMEDIATION.

The man's body was in the home nine days before he was found. They said it was a nice warm day well over 80 degrees outside. The body had decomposed so badly that some of the body fluids had gone through the floor and down into the basement walls.

This meant there was a lot of Biohazard work to be done before even thinking about cleaning up the rest of the home. What you see here is cat feces. Everywhere in this house had been affected by Cats. If you have a friend that has a situation that they need to get taken care of. Give us a call SERVPRO is here to help. Just like how we helped this couple.