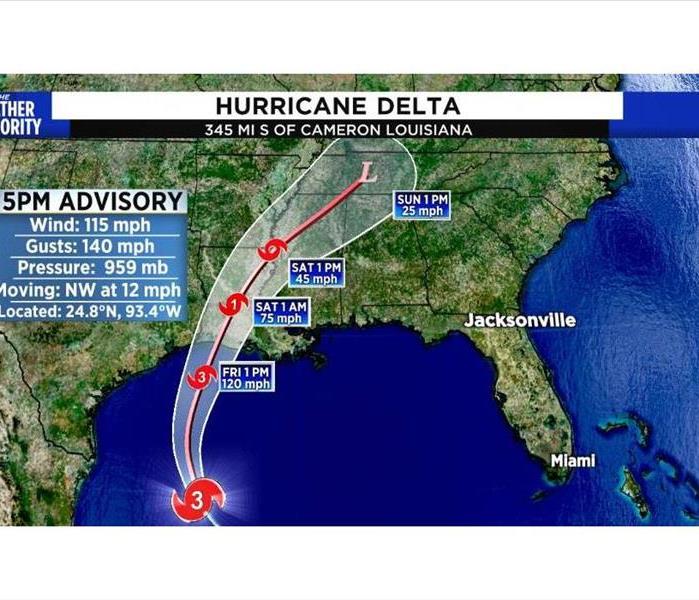 Arizona volunteers are stationed in Louisiana ready to help at a moment's notice. Some have already been there for weeks, helping people there get by other storms. As hurricane delta violently lash the gulf coast last week,  Arizonans with a determination to serve have been leaving the sunny weather of our state to help thousands facing life-or-death situations.  One family in Louisiana has gone through this three times now in 15 years they lost three homes completely, and because they're on the coast, they don't have insurance. This is something I dealt with when I lived out in Florida right outside of Tampa Bay. We were unable to find any insurance that would cover flooding issues. Luckily, the neighborhood we lived in didn’t get hit with flooding as much because we lived off of a lake that usually absorbed the runoff. But I personally knew a lot of people in our area who had flooding issues that had to cover effects of the flooding out of their own pockets.

Stories of heartbreak and pain from previous year’s storms have prompted more than 100 Arizonans to be ready at a moment’s notice to travel to other states to help out through volunteer work opportunities with the American Red Cross. Steve and Patty Larsen are among some of those volunteers who left on a 2 week volunteer trip with the American Red Cross to help. Steve and Patty are spending retirement heading into disasters for the sake of strangers was the right decision.

One issue they are having back east is that they are not able to house everyone in large stadiums because of the COVID19 Pandemic. In the past the had been able to put thousands of people in a large area and keep them in cots. But the global pandemic has changed all of that. The Larsons are in New Orleans volunteering for the Red Cross, helping to tend to the needs of hundreds now evacuated to more than three dozen hotels across the area. A lot of the businesses are boarded up already. The city employees drove around with sandbags and equipment to help people buckle down for Hurricane Delta.

This was just the latest disaster in a vicious storm season, homes and buildings still boarded up and covered with tarps throughout Louisiana, after Hurricane Laura tore through in late August. “There have been a sequence of gulf storms that seem to be hitting the same immediate area,” (Michael Young of Phoenix AZ who has volunteered with the red cross for seven years.) He said they have about 13,000 people in hotels in the gulf area from Hurricane Laura.

With so much to do with too few hands on deck there's just not enough volunteers to take Care of the need down there. According to Michael Young, they are down two-thirds of the volunteers than they would normally have and hopes others will follow their lead and head to www.redcross.org to donate their time to help others in need.

SERVPRO has several franchises helping out in the area hit by Hurricane Laura and Hurricane Delta. SERVPRO has a large Storm Response and Disaster Recovery team ready at a moments notice to mobilize around any storm event in any location to help get residents affected by natural disasters get back into their homes and businesses as quickly as possible.