Monsoon season in Arizona. Watch out for those tree! 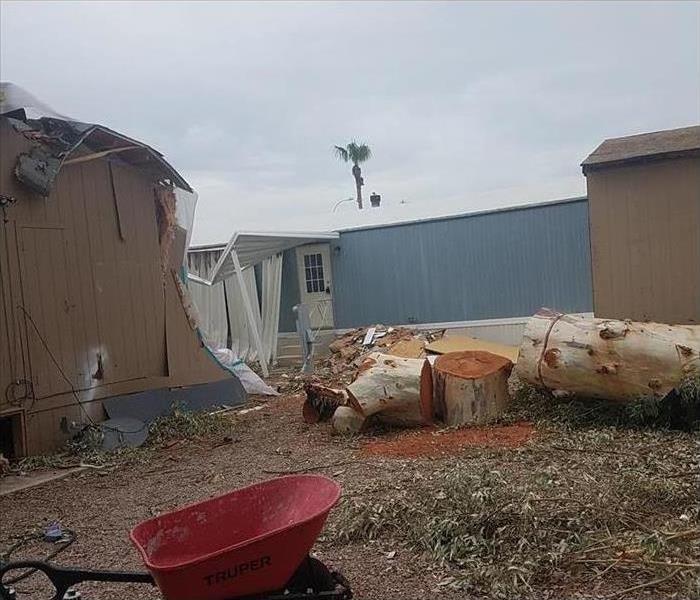 Don't let those tree's get you down during the Arizona monsoon season. Call SERVPRO, the people who are there for you, even with the lights are off.

It’s 2019 and monsoon season has started in Arizona!

A massive storm hit the Phoenix and Mesa areas last year, and one of the significant issues that come with the monsoon storms are microbursts that can cause a ton of damage to homes in their paths and happen at any second. While SERVPRO performs a moving out and pack out a job for a home in East Mesa, this was a little different than most situations. This family had a massive tree from a neighboring school fall right through the roof!

What may be unnerving to their neighbors is that the school has two more trees about the same size Which is taller than a 3-story building right along the same wall. After talking with the contractor who was working for the school to remove the actual tree, he stated that while they were working to haul away the tree that fell. The wind kicked up again, and the other trees started swaying at that same moment. Afterward, he said they hightailed it out of there until the wind died down again.

The same storm sent a 70-year-old lady to the hospital after a huge tree fell on her home.

Make sure that if you have trees in your yard that you are prepaid for monsoon season. Make sure your trees are kept up and appropriately trimmed before a storm. A lot of the calls we get during monsoons either deal with water damages or trees falling. The local roofing companies love it, insurance companies... not so much!