That's not flying, it's falling with style. 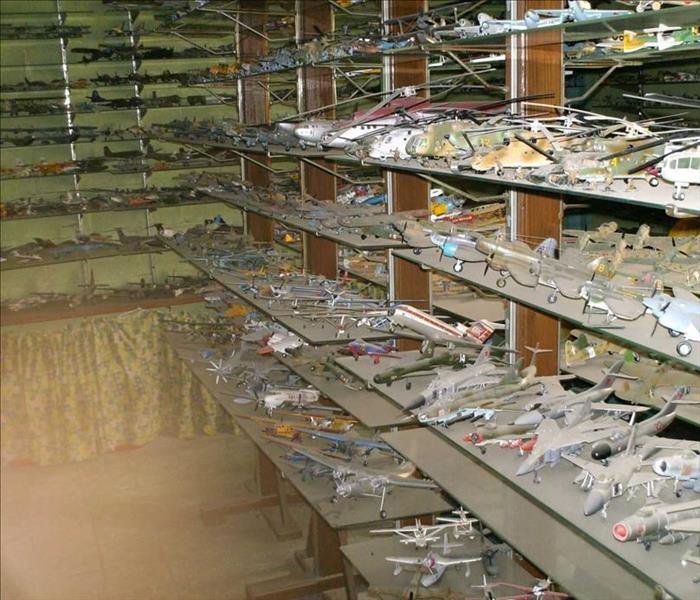 Over a 100 airplanes, and airplane parts.

Sunday April 10th. This owner will never forget that day. The noise of dripping water inside of his house woke him up around 1 A.M. That’s right, just a little after midnight this homeowner stepped off his bed only to hear the squish of the sopping wet carpet. Shortly after calling and dealing with his insurance, he called SERVPRO to come out to his house in Mesa, 85203. Within the hour, SERVPRO of North Central Mesa was on scene and started extracting 100’s of gallons of water from his home.

Before we start moving contents in people homes, one of the things we ask of people is to move any sacred or personal possessions out of the way. After we had mentioned that to the homeowner, he told us to follow him. Then we saw his plane room, WOW. There were Thousands of different kinds of parts and planes. The main focus of course was what was on the ground. After that our main concern, is making sure nothing would be effected by the Moisture in the air as well.

Once everything gets dry, you can look forward to getting another update of these amazing birds.